I decided after my first two recaps (one was seasonal and one was over two months) that I’d be able to dedicate more time to discussing books I really enjoy by sharing these recaps on a monthly basis. If I don’t read much in one month, I may skip and combine with the following month, but lately I’ve been reading rather voraciously and hopefully the recapping keeps me in that reading mindset.

I am Malala: The Story of the Girl Who Stood Up for Education and Was Shot by the Taliban by Malala Yousafzai (with Christina Lamb) (Non-fiction/Biography, 2013). I was working hard this month to finish up some books that have been on my Goodreads to-read list for a few years now. I’ve been meaning to get around to I Am Malala and I’m glad I finally did. The book is told in Malala’s voice and retraces her childhood up until the moment when she was shot by a member of the Taliban in direct response to her advocacy for education for girls in Pakistan. The book paints a portrait of the cultural influences in life for a teenage girl in turbulent political times and also offers invaluable history of the 20th and 21st century of politics in Pakistan. These parts were a bit harder to follow along with, but it does lend much needed context to the reason behind Malala and her father’s passionate fight for education. This book did leave me feeling a bit hopeless about the long-term susceptibility of vulnerable populations and powerful forces who wish to dominate them, but it also gave me hope for the future of education for children in Pakistan.

Yes Please by Amy Poehler (Non-fiction/Autobiography, 2014). I wanted a lighthearted read after the last few heavier books I had read and this hit the spot. If you’re reading this book because you want a lot of Parks and Recreation chatter, this isn’t the book. Amy dives much more deeply into her 20s and her breakout improvisational comedy career and her time on Saturday Night Live. She weaves in practical advice, embarrassing moments and tough truths in a colorful format and quick read. This was a really pleasant book to pick up.

Destination Branding for Small Cities: The Essentials for Successful Place Branding by Bill Baker. (Non-fiction, 2007). I read this book for work at the suggestion of a colleague who went through a comprehensive branding effort a few years ago. The book was a short one and has proved to be invaluable as we select a consultant to work on our rebranding initiative in 2020. I highly recommend this book to individuals working in tourism, community development or local government.

The Map Thief by Michael Blanding. (Non-fiction/History, 2014). I read this book about four years ago as it was named one of the top books of 2014 by NPR and suggested it as a favorite book for my monthly book club. This format is part biographical, part true crime, as it follows one of the top international map dealers and experts from his profound career to financial ruins, causing him to pilfer priceless maps from universities and libraries responsible for safeguarding these pieces of history. I knew nothing about map history prior to reading this book, but it provides a huge amount of context into why maps are important, and how they are not nearly as well protected, documented or appraised as famous artwork is. The book includes a huge insert of color photos of historic maps that bring the story to life, as well. I can’t believe how much I enjoyed this book, given that the topic sounds rather bland on the surface. It was anything but!

Wild: From Lost to Found on the Pacific Crest Trail by Cheryl Strayed. (Non-fiction/Autobiography, 2012). I saw this movie several years ago and never connected that it was based on a book. I picked up a copy of Wild at a library book sale this summer and finally got around to finishing it. If you’ve seen the movie or heard of the book, the main character, Cheryl, goes on a solo hike from Southern California to the southern Washington border in one summer on a journey to find herself and heal after a trying few years in her life – losing her mother, battling drug addiction and separating from her husband. The movie was good, don’t get me wrong, but the book provided so much greater insight into the relationships Cheryl had with her mother and her ex-husband. The humbling experience of being beaten down by nature on this larger than life hike speaks both to the power of nature to calm us and heal us, as well as the fact that sometimes it takes a transformative experience to move through trauma.

There Are No Grown-Ups: A Midlife Coming-of-Age Story by Pamela Druckerman. (Non-fiction/Autobiography, 2018). I didn’t love this book, but it might be because I’m just entering my 30s rather than my 40s and the book lacked that context for me. This book approaches what it means to be middle aged and how as a woman, to embrace the changes and live your best life as you are, rather than aspiring to be something that you likely won’t ever be. It shares this from the perspective of an American expat living in France with an English husband and children raised in France. The cultural perspective is probably what resonated with me the most, the idea of femininity in France versus in the U.S.

Where’d You Go, Bernadette? by Maria Sempe. (Fiction/Humor, 2012). I absolutely LOVED this book! I finished it about 12 hours… including a few spent in there sleeping. I started it after dinner one night and woke up early to finish it before eating breakfast the next morning. This captivating novel tells the story of Bernadette Fox, a brilliantly misunderstood agoraphobic architect, her quirky workaholic husband Elgin (who works for Microsoft) and our narrator is their daughter Bee – a combination of her two parents personalities, but somehow more likeable. The story begins with the disappearance of Bernadette and her families’ attempt to find her through emails, friends’ and neighbors’ emails, texts and letters. It’s hard to get too into explaining this without spoilers, but the book was funny, captivating and hard to put down. Apparently a movie came out of this book this summer (I’m so out of the loop sometimes), too, starring Cate Blanchett.

A Walk in the Woods: Rediscovering America on the Appalachian Trail by Bill Bryson. (Non-fiction/Travel, 2006). I have read one other Bill Bryson book and it’s been on my list to read more because he has such a dark sense of humor. He spent a lot of time in the UK and his humor reminds me EXACTLY of my British grandparents when they were alive. It’s lines like this: “I have long known that it is part of God’s plan for me to spend a little time with each of the most stupid people on Earth, and Mary Ellen was proof that even in the Appalachian woods I would not be spared” that had me chucking my way through this.

Daisy Jones & The Six by Taylor Jenkins Reid. (Fiction/Historical Fiction, 2019). This was suggested to me by a friend from my book club when I was looking for an audio book to listen to on our 11 hour drive (each way) to Kentucky to see my family for Thanksgiving. I needed an audio book that both Jon and I would enjoy (we have pretty different tastes in books) and my friend pointed out that her and her husband both enjoyed this one. It is a fictional rock-umentary following a rock band in the 1970s through their rise to fame. I’m normally not a big audiobooks user, but figured I would give it a try because even satellite radio gets repetitive after 22 hours. The book really engages you in part because it has a full cast narrating. The storyline is also so good, offering seven to ten people’s perspectives on a five year span of a band’s ascent and their eventual decision to part ways.

View all posts by consciousandcontent 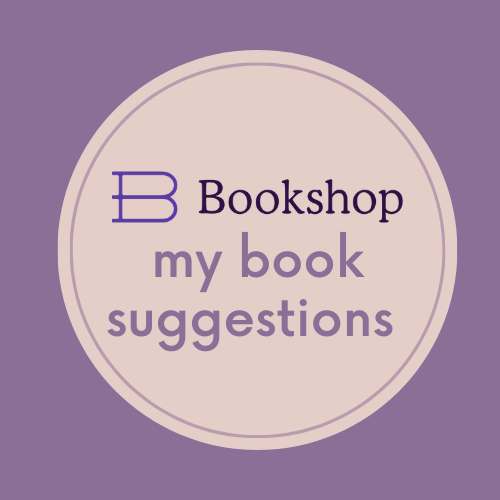